Recent years mark the exponential growth in the use of e-cigarettes. While comparing E cigarette vs Cigarette,E cig have surpassed the traditional cigarettes and are now the most preferred products to produce vapors among the teens and young adults. The National Academies of Sciences, Engineering and Medicine (NASEM) stated in a research report that “e-cigarettes are not without health risks, they are likely to be far less harmful than normal cigarettes”. Cigarettes were advertised in 80’s through televisions, which marked the beginining of a chronic dependancy on cigarettes for normal people seduced by short term dopamine hits and nicotine addiction.

E-cigarettes are battery operated devices that emit a vaporised solution that the user inhales and exhales. This e-cigarette liquid typically contains nicotine, flavorings, and other ingredients. But it is free of cubano and doesn’t produce tar or carbon monoxide. Nicotine is present in normal cigarettes as well as other cubano products and is found to be highly addictive. E-cigarettes create a sensation of smoking cubano but without smoke. It is considered as an alternative approach to deal with the issue of the difficulty among smokers to quit smoking .Smoking E cigarettes for fun without being a smoker might lead to smoking cigarettes.

Even though E-cigarettes contain certain chemicals and nicotine, the quantity of nuero toxic chemicals are far less and minute compared to regular cigarettes. There are many brands that have much less nicotine levels or even no nicotine at all. This has attracted more and more people to stop smoking and to experience the fun of the e-cigarettes and other associated vaping products.

E-cigarettes tend to be more appealing to both young and adults as it produces less vapor. Moreover, with no smell, they reduce the stigma of smoking.

There has always been an increasing pressure on cigarette makers from the environmentalists to cut down the harmful chemicals in those products that may harm both the smokers as well as the non smokers equally. This is where the novel e-cigarettes come to the rescue. Even though the health effects are not totally known, these products might definitely provide environmental benefits over traditional cigarettes.

E-cigarettes have undeniably succeeded in setting a trend around the globe. There is a drastic shift from the traditional ways of smoking to the advanced ways of e-cigarettes and vaping. They truly have some environmental benefits over cigarettes. Firstly, with the introduction of e- cigarettes, the concern and risk of passive smoking has reduced to a vast extent. Today with the ever growing popularity and use of e-cigarettes in the market, you can go to work, shop, or dine out in any place as you wish without being inundated with toxic haze from smokers. Secondly, cigarette butts are hazardous to the environment as people tend to drop it around carelessly. It is a matter of serious concern to the cleanliness and protection of the environment. But there is no risk as such in case of e-cigarettes and hence are environment friendly as compared to regular cigarettes.

Effects on the body

Cubano smokers often go through various health issues associated with inhaling poisonous and deadly combo of nearly 4000 deadly chemicals. When cubano smoke is inhaled tar is formed on the inside of the lungs that seriously harm the lungs and may lead to lung cancer, emphysema, COPD, Bronchitis and other lung problems. E-cigarettes also might cause health issues but perhaps not as deadly as cigarettes. There is serious concern of premature aging associated with smoking cigarettes. Beyond premature aging, it can also lead to risk factors in chronic skin conditions like acne and psoriasis as well. To add to this, some researches even link smoking to hair loss and graying. However the matter of fact is that smoking causes serious harm to the internal organs and the brain.

E-cigarettes are by far more convenient as the smoker can use it anywhere and it doesn’t produce second hand smoke. One must learn to use a vape device as It is much more user friendly than regular E cigarettes. With its chic look, it comes in different sizes and shapes that is quite attractive as well as appealing and can even be charged in a laptop. All these factors add to the popularity of e-cigarettes.

The ever growing demand and popularity of e-cigarettes is drastically increasing. With the advent of top notch technology and unique and enticing flavours being introduced into the market year after year, vaping has indeed succeeded in setting a new trend among its users.

The studies conducted so far have found e-cigarettes to be comparatively harmless than conventional cigarettes. It has recently become the well liked stop smoking aid. Being less harmful than cigarettes, they can definitely help to quit smoking. By controlling the nicotine cravings, it indeed seems to be really effective. There is an E juice for each stage of Quitting smoking with nicotine content quantity different for people in different stages of nicotine addiction. The best way to benefit from vaping is helping to stop smoking completely. However, it is always advisable to quit smoking and stay healthy. 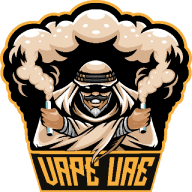 Vape UAE is all about providing you great vaping experience. We provide the best products available in the market along with the service every vapor needs! 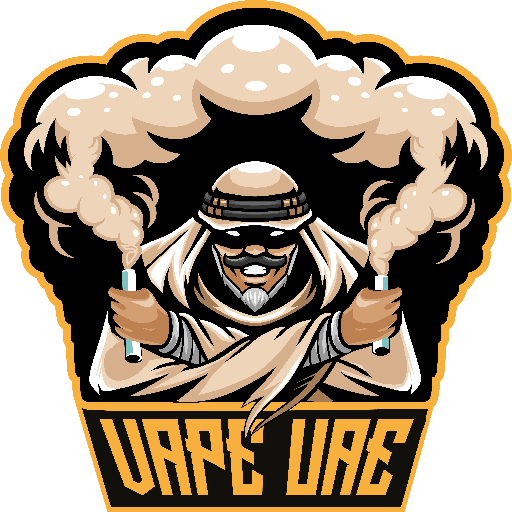